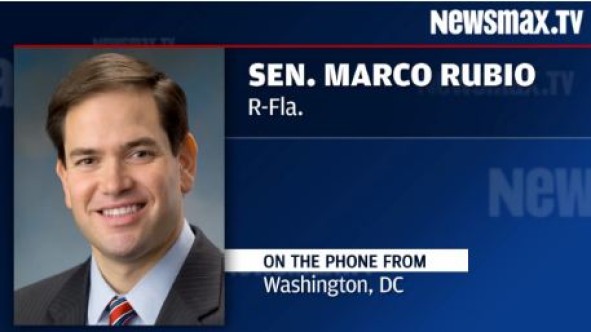 Sen. Marco Rubio tells Newsmax he is introducing two bills to gauge the impact of sweeping regulations proposed by the Obama administration, calling some of them “really devastating.”

The Florida Republican also says he is confident that the Rep. Paul Ryan budget plan will be a good starting point toward fiscal responsibility.

In an exclusive interview with Newsmax TV, Sen. Rubio discusses the two bills he is introducing on Tuesday.

“My biggest concern is the hidden cost of regulations on the economy in general,” he says. “Regulation is costly and in addition it’s a barrier to entry, especially for small businesses. So the two bills do two different things.

“The Regulatory Cost to Small Business Act is going to require the Small Business Administration to do an annual study to determine the total cost of federal regulations to small businesses and the American economy. And the Regulation Cost to America requires them to specifically determine the impact that it has to the general economy.”

Former General Electric CEO Jack Welch has said the cost of regulation, excluding Obamacare, is nearly four times that of Bill Clinton’s first term and five times that of George W. Bush’s first term. Asked if that is a fair assessment or if the cost is even higher, Rubio responds: “It’s probably higher. That’s why we want to have these studies, so we can know for sure.

“The only way we’re going to create the kind of middle class prosperity that Americans want and are used to in this new world that’s about globalism — and unfortunately, a lot of jobs have been lost because of that — is to make America a friendly place to create jobs, and regulations comes into play when it comes to that.

“As we’re competing with other countries for these jobs to be created here, one of the things that companies look at is how much does it cost, from a regulatory standpoint. So before we can even have a serious debate about regulations, let’s know what the costs are. And I just don’t understand why anybody would be against this idea.”

Rubio says he is concerned that the administration will seek to impose a flurry of regulations in Obama’s second term.

“I am concerned about that and they’ve certainly shown an implication that if they can’t get things passed through Congress to try to do it by executive action or executive order or regulatory framework. You’ve certainly seen it in the environmental realm. In fact, some of the things they’re threatening now on energy policy would be really devastating.

“What I am offering is basically this: Let’s do a study on the impact of regulations on small business. Before you do any new regulations, shouldn’t we know that the ones we’re doing now cost?”

As to what opponents can do if Obama tries to use executive orders to push his agenda, Rubio observes:

“First, people can take him to court, and we would hope the judiciary would be on our side on some of these because they’re just overreaches.

“Second, we can take this away from him in essence by passing laws that specifically prohibit him from doing these things, or replace whatever it is he’s done through legislation. What’s made it difficult to do that, of course, is his allies in the Senate, the Democratic majority in the Senate, that were blocking the efforts to do that. But we are never going to become the kind of economy that the middle class needs if we are out-regulating ourselves from the market place.”